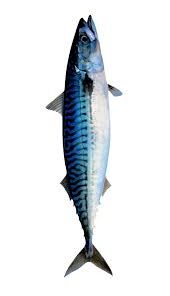 The Atlantic mackerel is easily recognized by its round, beautifully streamlined body, filled with irregular bands of metallic green and blue along the back.
Mackerel is a pelagic schooling species found on both sides of the North Atlantic Ocean. The fish gather in in huge shoals migrating towards the coast to feed on small fish and prawns during the summer. Mackerel is fished in the North Sea, Skagerak and the Norwegian Sea. Autumn is the season for migration into the North Sea and Skagerak in the autumn. Towards the end of the year, the fully matured mackerel migrate out of the North Sea towards the spawning grounds to the west and southwest of Ireland, where they start spawning in March. The fishery takes place primarily from September til November, but there is also a local fishery in the Lofoten area (North of Norway) in June-July of summer mackerel.
Summer mackerel is traditionally larger in size. Together with our long- term partner in the Fishing fleet, we can offer summer mackerel from the start of the season in June.