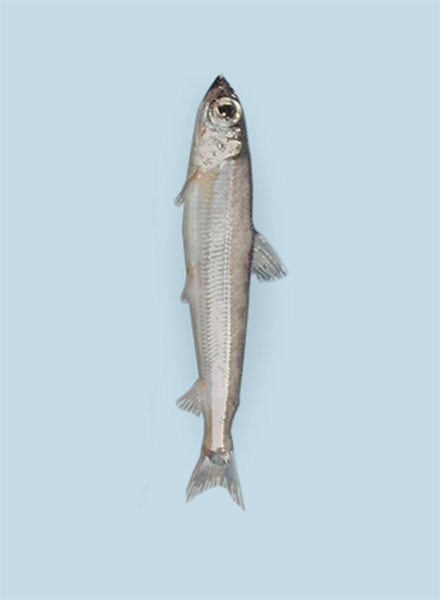 The greater silver smelt has a pointed head, deeply forked tail, and slender, compressed body, but it has much larger eyes than either smelt or capelin, a character no doubt associated with its deep-water home; its mouth is much smaller, not gaping back even as far as the eye; and its dorsal fin stands wholly in front of the ventrals, instead of above them as it does in both the smelt and the capelin.

The distribution of the greater silver smelt is as follows:- Eastern Atlantic: Svalbard to west coasts of Scotland and Ireland, deeper parts of the North Sea and across the Wyville Thomson ridge to Denmark Strait. Spawns from April to July

Grading:  Round frozen or minced Block